I participated in the Pittsburgh Global Game jam this past weekend. In a sentence, the GGJ is a worldwide event where teams make a game in under 48 hours according to a predetermined theme – read more here. I was the 2D artist on a team with two fantastic programmers, Jim Newsome and Brian Bogovich, and sound designer Bonnie Bogovich.

The theme this year was an audio clip of a heartbeat. Our interpretation quickly became a little bizarre: the end result turned out to be an 90’s arcade style HTML5 platform game about a guinea pig traveling through a cholesterol clogged artery, defeating and consuming germs along the way! Play Guinea Pig Guinea Pig here. We ended up winning the prize for Best Open Web Game, sponsored by the Mozilla Foundation. 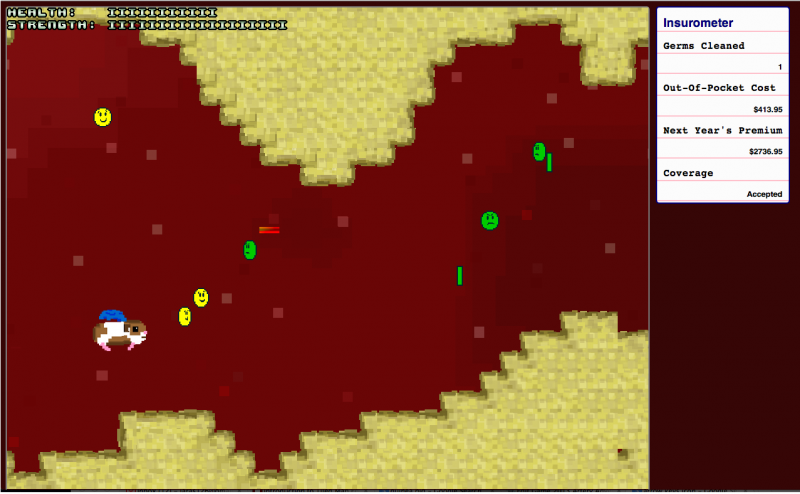 Tool-wise, we used the JavaScript game library melonJS, the map editor Tiled (very fun!), and most of the graphics creation took place in Adobe Fireworks. To get an idea of how damn cute the thing was, I leave you with the guinea pig sprite: